On the historic International Day for Persons of African Descent, IACHR and its REDESCA release new thematic report 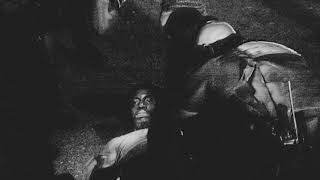 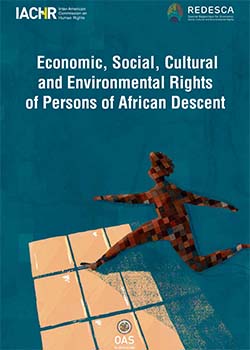 Washington D.C. - On the same date the International Day for Persons of African Descent is celebrated for the first time, the Inter-American Commission on Human Rights (IACHR) and its Special Rapporteur on Economic, Social, Cultural and Environmental Rights (REDESCA), published the thematic report "Economic, Social, Cultural and Environmental Rights of Persons of African Descent, Inter-American Standards for the Prevention, Combat and Eradication of Structural Racial Discrimination", with the sponsorship of the Spanish Cooperation, through the Spanish Agency for International Development Cooperation (AECID).

The Commission and its REDESCA understand that this report is a reparatory form of invoking the collective memory of Afro-descendants in the region, recognizing their social struggles and historical legacy, as well as bringing light to the different human rights violations as a form of reparation. This recognition allows the IACHR to fulfill its mandate to stimulate, systematize, strengthen and consolidate respect for the rights of persons of African descent in the region in accordance with its mandate, and the Decade Plan of Action for Persons of African Descent in the Americas (2016-2025) of the Organization of American States (OAS).

In the exercise of its function of interpreting inter-American human rights instruments, the IACHR develops in its report new standards to combat structural racial discrimination in the region and promote its application to mitigate this situation, incorporating an intersectionality and gender approach, as well as an intercultural perspective. It stresses that the multiple forms of discrimination suffered by persons of African descent have an impact at the individual and on social levels, since they obstruct access to basic rights such as work, health, education and housing; situations that can be exacerbated by contexts of poverty and deprivation of economic opportunities. Also, that poverty has a differentiated impact on persons of African descent, to the extent that this ethnic-racial origin intersects with other factors of discrimination that deepen the conditions of vulnerability, such as gender identity and/or expression; disability; age; sexual orientation; migratory status; socioeconomic situation; among others.

The Commission stresses that the conditions of vulnerability described in the report clearly demonstrate, on one hand, the interdependence and indivisibility of economic, social, cultural and environmental rights, and on the other, the interdependence and intersectionality of human rights violations. Consequently, the purpose of this report is to make the situation of Afro-descendants in the Americas visible, based on the progress made by the States in this area, with a view to promoting the progressive development of their ESCER, which the IACHR and its REDESCA have been emphasizing through its various mechanisms.

Given the wide range of rights arising from the ESCER framework, the document focuses on the main challenges faced by the Afro-descendant population in the Americas in relation to access to and guarantee of the rights to education, health, housing, food, work, culture, collective property, a healthy environment and natural resources, clean water and basic sanitation.

Finally, the IACHR calls on the States of the region to ratify the Inter-American Convention against Racism, Racial Discrimination and Other Forms of Intolerance, while emphasizing that universal ratification of the Inter-American instruments is an indispensable step towards respecting and guaranteeing the human rights of all persons in the Americas.

REDESCA is an Office of the IACHR specially created to support the Commission in fulfilling its mandate to promote and protect economic, social, cultural, and environmental rights in the Americas.

The IACHR is a principal, autonomous organ of the Organization of American States (OAS), whose mandate derives from the OAS Charter and the American Convention on Human Rights. The Inter-American Commission has the mandate to promote the observance and defense of human rights in the region and acts as a consultative body of the OAS in this area. The IACHR is composed of seven independent members who are elected by the OAS General Assembly in their individual capacity, and who do not represent their countries of origin or residence.